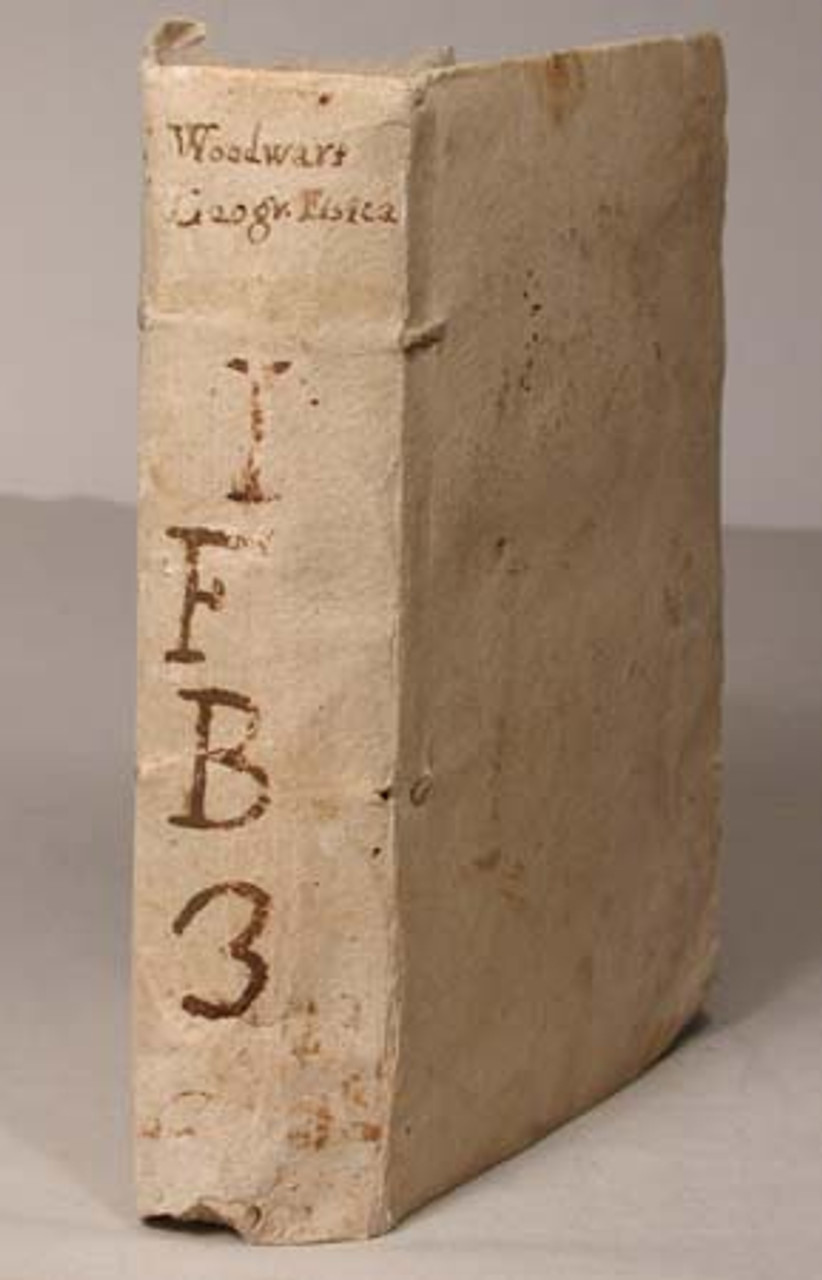 Woodward (1665-1728); was an English physician, antiquarian, geologist and fossil collector. The first lectureship in geology was established at Cambridge University, by his bequest and his collection of fossils is still preserved there. He is best known to the historian of geology for his above work which is the Italian translation.. In his "Essay Toward a Natural History of the Earth" Woodward recognized the organic nature of fossils and he recognized the succession of strata but he attributed the fossils to a Universal Deluge and he proposed that the strata was laid down via gravitational sorting after the deluge. The heaviest metals and fossils were found in the lowest strata. Woodward describes the flood as an enormous revolution, "the most horrible and portentious catastrophe that Nature ever yet saw." He evoked a true dissolution of the constitutive principles of matter, which were mixed together and separated again thus giving the strata, minerals and fossils. This is an early important work in the development of geological thought. This is the first Italian translation of his work. The German, French and Italian translations include sections taken from two of Woodward's other works; "Natural History of the Earth" (1726) and Fossils of all Kinds" (1728).