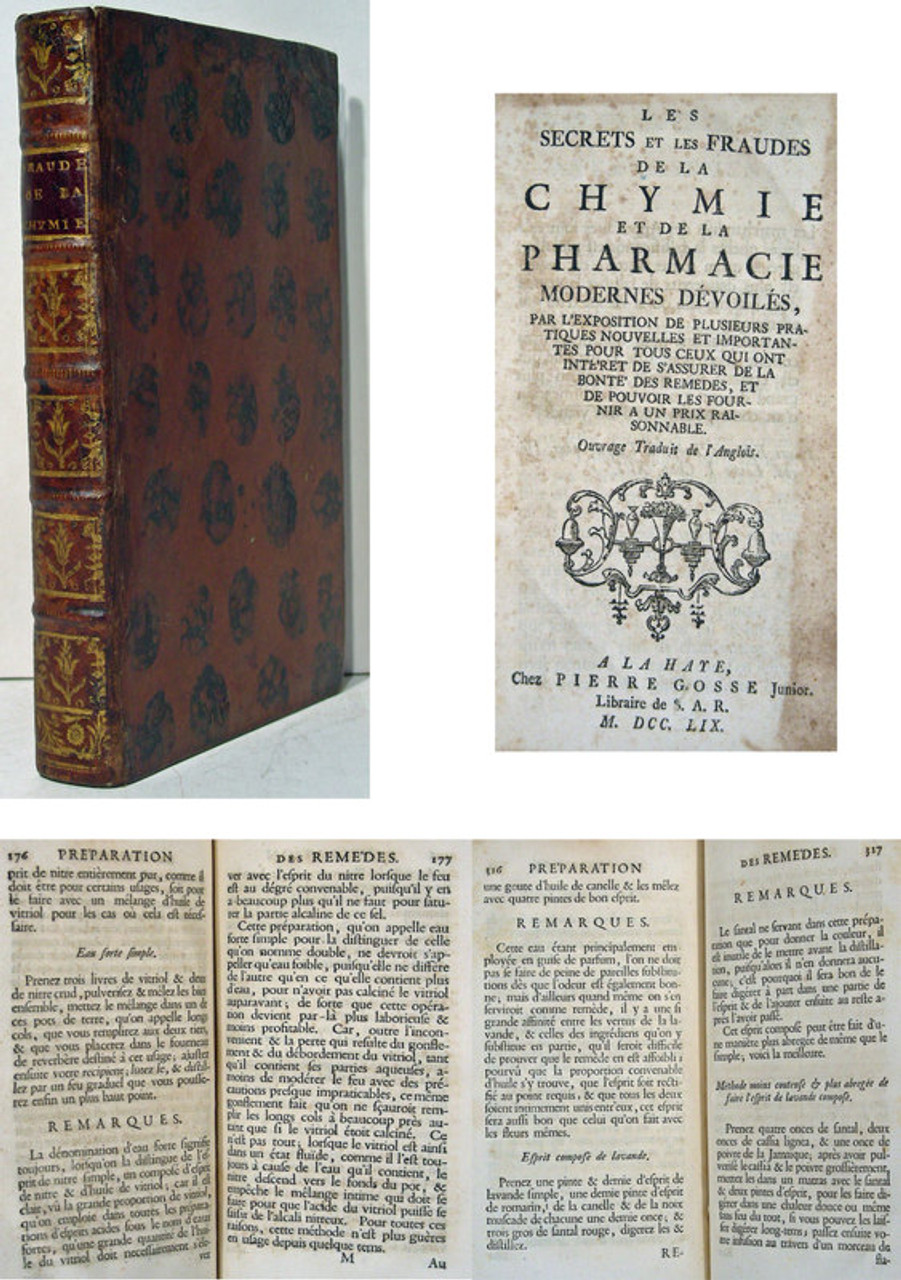 The text is in full calf with gilt spine titles and panels and red text block edges. Outer hinge wear and corner wear has been nicely restored. Toning to end sheets, title and first and last pages. Over all in very good condition.

The first French translation of Dossie’s work Secrets of Modern Chemistry and Pharmacy Revealed. Robert Dossie (1717-1777) was a London apothecary who helped found the Society for the Encouragement of Arts, Manufactures and Commerce in 1754. He was a rigorous advocate for the advantages of improved public knowledge. His training as an apothecary and knowledge of chemistry added to his desire to use the sciences in artisan endeavors. For many 18th-century British manufacturers, chemistry and apothecary offered a means to understand the materials and processes of their industry. The resulting knowledge would both improve industry and suggest new paths for its development. A good example is the production of colour for glass-making, enamels and ceramics for artisan manufacturers. Writing books on experimental chemistry and essays on potash and on spirits, Dossie compiled, tested and wrote about procedures and materials in the arts. As a resource his books were well received by eighteenth- and early-nineteenth-century artisans, translated into other languages and continue to be a standard reference for practical techniques of that era. His best known work is “ Secrets of Modern Chemistry and Pharmacy Revealed” and was published anonymously. It deals with furnaces and distillation apparatus, making oil of vitriol from sulphur, various chemical operations, alkalies, distillates, spirits, and adulterations and their detection. His book offers an excellent overall view of industrial chemistry in the mid 18th century.