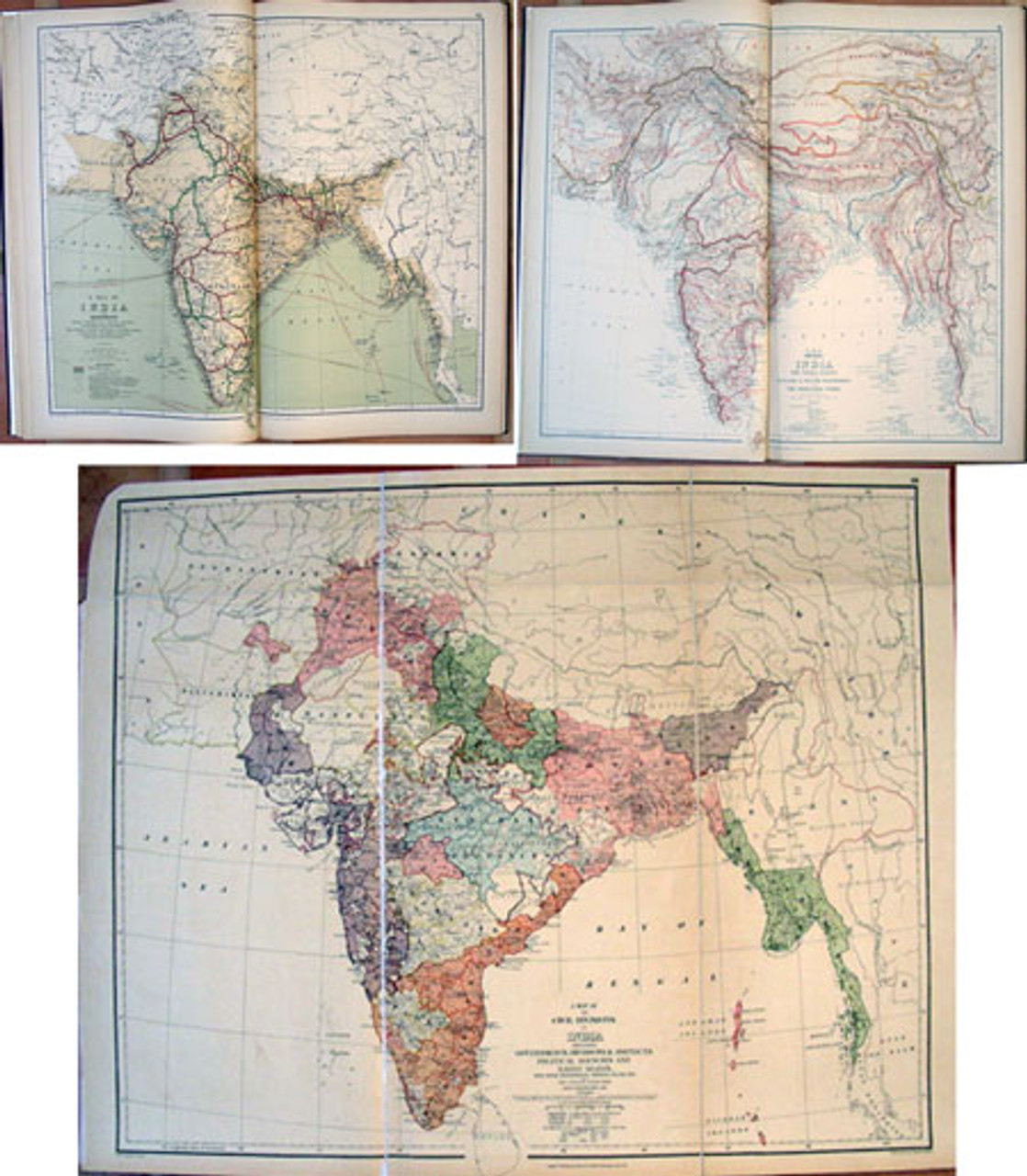 The atlas is complete and in the original cloth with a linen spine and gilt titles. Light soiling to spine, inner spine edges nicely re-enforced, theology seminary embossed stamp on title page. The maps are very clean with archival re-enforcement on verso of the large map. In very good condition.

Saunders atlas is quite rare. It was first issued in a much smaller size as part of a Parliamentary Paper in 1885 and then as the 1889 stand alone folio atlas. Besides the large map of India, the other maps include a map of the rivers, river basins and irrigation works; a map of India’s population distribution, a map of the prevailing languages and dialects, a map of the railways, roads and trade routes, telegraph lines, sea-ports, light houses and light-ships; a military map of divisional and district commands, a map of the famines in the past century, a meteorological map, a crop map, a map of the distribution of forests, and a revenue survey map.