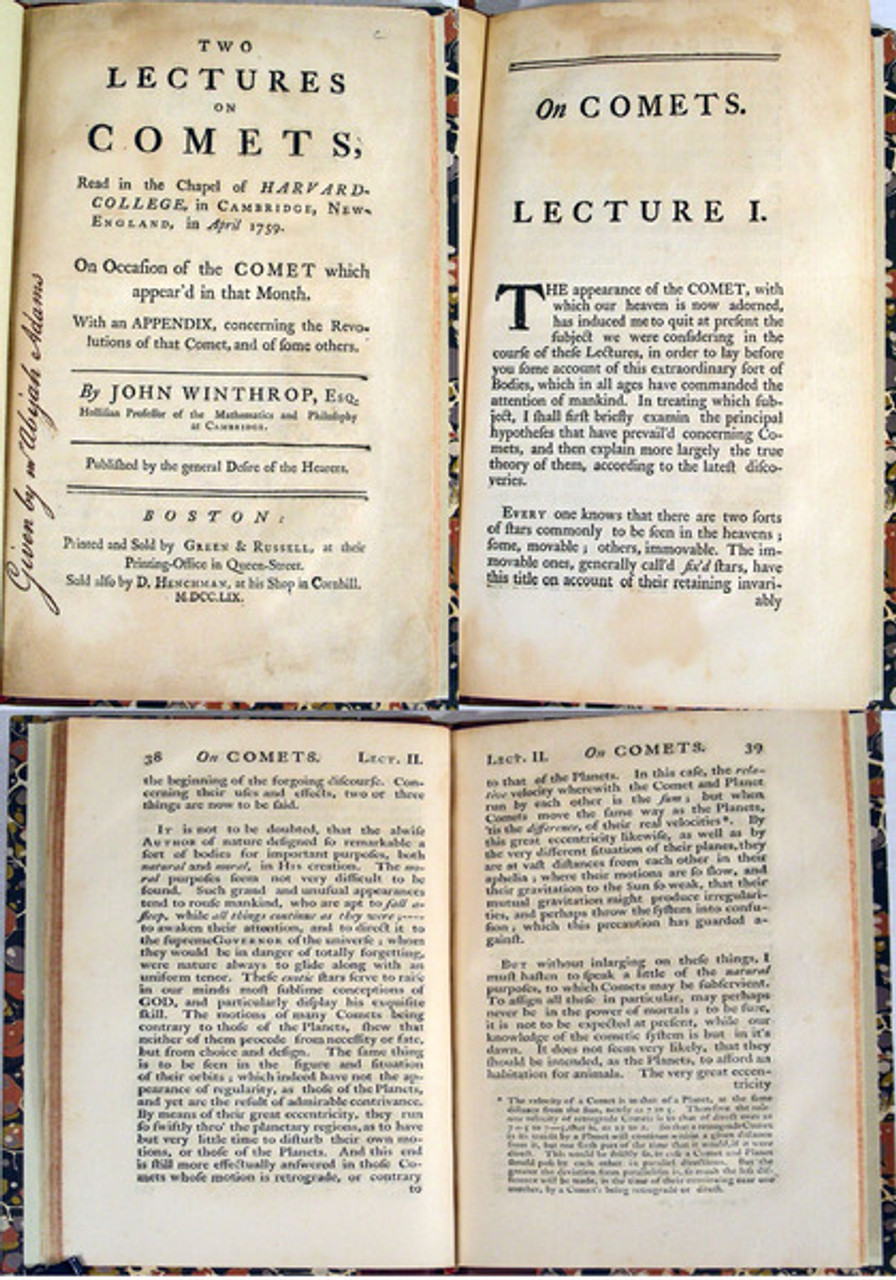 Winthrop, John; Two lectures on Comets, Read in the Chapel of Harvard-College in Cambridge, New-England, in April 1759 : on occasion of the comet which appear'd in that month : With an appendix concerning the revolutions of that comet, and of some others. Boston : Printed and sold by Green & Russell : sold also by D. Henchman, 1759. Octavo, pp. 44, appendix, xviii.

This rare work is complete and in a 19th century calf and marbled boards with gilt titles. The binding is tight and very clean. The text is very clean with a period presentation notation at the inner margin of the title and owners book plate on the paste down. In very good condition.

?FREE SHIPPING ON ALL BOOKS

John Winthrop (1714-1779) was a distinguished mathematician, physicist and astronomer and the 2nd Hollis Professor of Mathematics and Natural Philosophy and Harvard College. His great-great grandfather, also named John Winthrop, was founder of the Massachusetts Bay Colony.?Winthrop was one of the foremost men of science in America during the 18th century and had a major influence on Benjamin Franklin and other prominent individuals of the period.?He is noted for attempting to explain the Great Lisbon Earthquake of 1755 as a scientific rather then a religious phenomena.?Winthrop is also considered "America's first astronomer and Newtonian disciple”. In April 1759, he delivered two lectures, the first on the return of Halley's comet of 1682, which was the first predicted return of the comet. In a second discourse during the same month, he discussed the true theory of comets, according to the work of Newton's Principia", Kepler's laws of planetary motion, and the predictions of Halley. Winthrop had, in 1746, established at Harvard the first laboratory of experimental physics in America and supported Franklin's experiments with electricity. His two lectures on comets is a very rare example of early science in America.