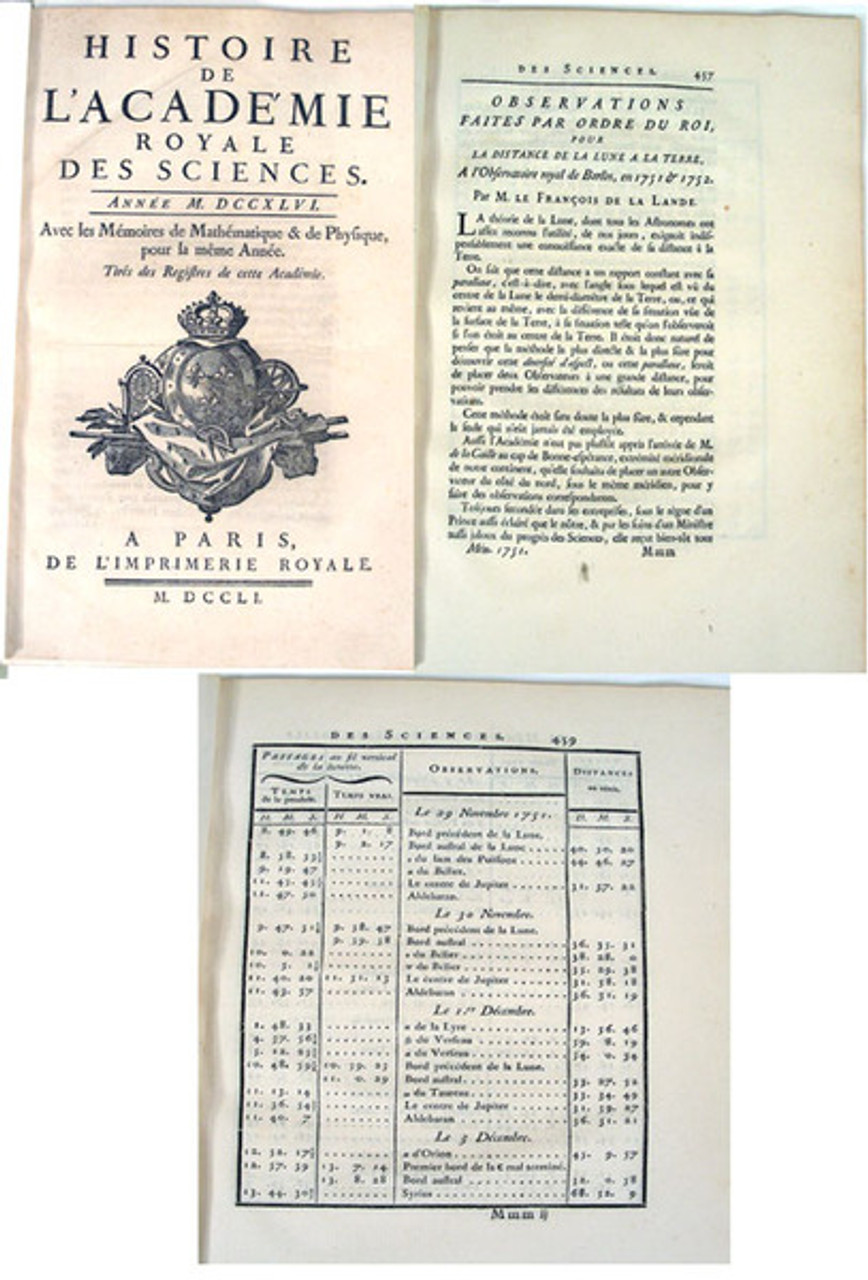 The work is complete and in a modern archival folder. The binding is tight and clean, the text is very clean. In very good condition.

Joseph-Jerome Lefrancis de Lelande (1732-1807) was a French astronomer whose tables of planetary distances and positions were considered the most accurate and best available until the late 18th century. A law student in Paris, Lalande became interested in astronomy while he was lodging at the Hôtel de Cluny, where the noted astronomer Joseph-Nicolas Delisle had his observatory. In 1751 Lalande went to Berlin to make lunar observations in concert with the work of Nicolas Louis de Lacaille at the Cape of Good Hope. His measurements and observations are recorded in the above offered study which is his first in measuring planetary distances. The success of this task and the subsequent calculation of the Moon’s distance secured for Lalande, before he reached the age of 21, admission to the Academy of Berlin and the post of adjunct astronomer to the Academy of Paris.?This new position allowed LaLande to devote himself to the improvement of planetary theory, publishing in 1759 a corrected edition of the tables of Halley’s Comet. He helped organize international collaboration in observing the transits of Venus in 1761 and 1769; the data obtained made possible the accurate calculation of the distance between Earth and the Sun. In 1762 Lalande was appointed to the chair of astronomy in the Collège de France, Paris, a position that he held for 46 years.?Among his major works are Traité d’astronomie (1764; “Treatise on Astronomy”), Histoire céleste française (1801; “French Celestial History”), and Bibliographie astronomique (1803; “Astronomical Bibliography”), which is still a valuable resource for historians of 18th-century astronomy. His first paper on astronomy “Observations Faites par ordre du Roi, Pour la Distance de la Lune a la Terre” is quite rare.