Lewis, Henry Carvill; Papers and Notes on the Glacial Geology of Great Britain and Ireland...1894

Lewis, Henry Carvill; Papers and Notes on the Glacial Geology of Great Britain and Ireland...1894 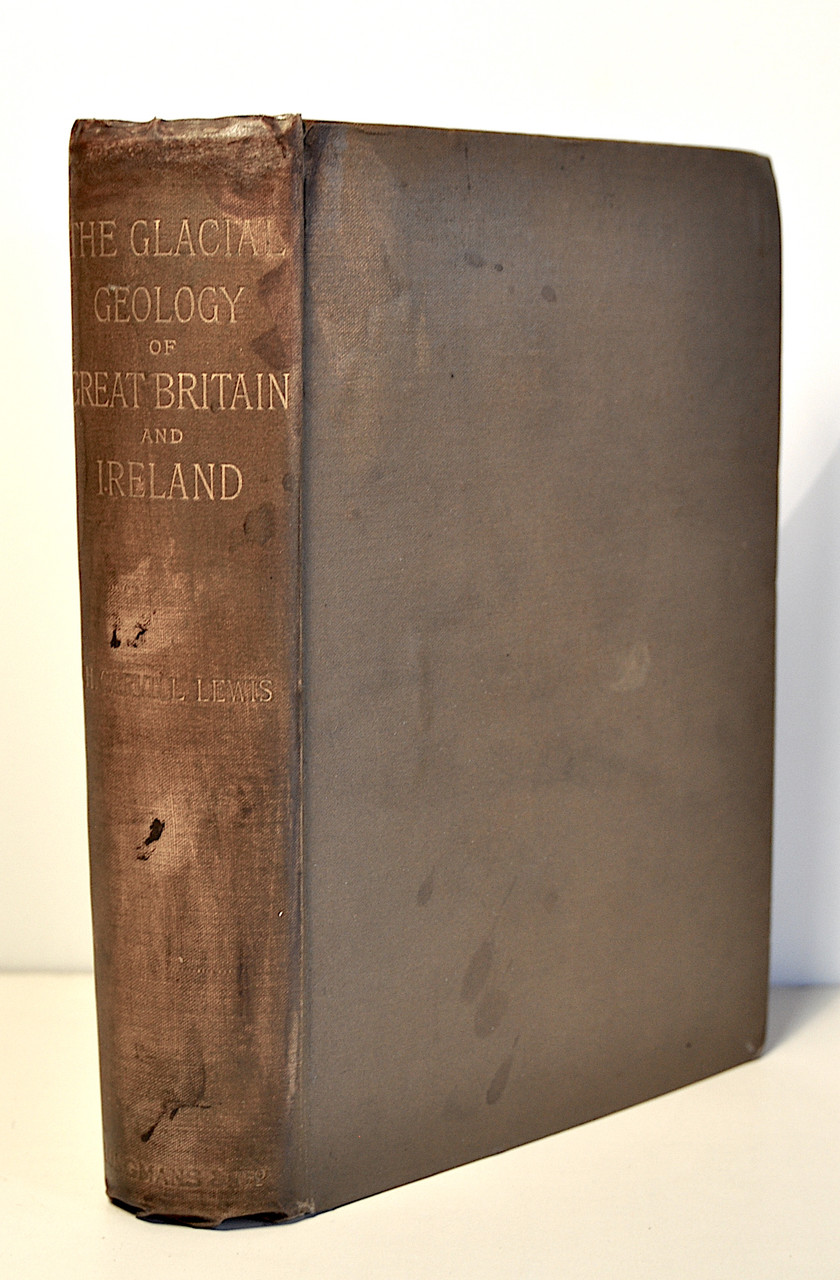 The book is complete and in the original brown cloth with gilt spine titles. The binding is tight, light smudges to the spine, presentation note inserted at front. The text has light foxing with the ads at the rear with heavier foxing due to the paper quality. Over all in good condition.

Lewis (1853-1888) was an American geologist and mineralogist. His career began as a voluntary member to the Geological Survey of Pennsylvania where he developed an interest in glacial geology. In 1880 he was chosen Professor of Mineralogy at Haverford College in Pennsylvania. He studied the glacial geology of northern Europe and Ireland from 1885 to 1887. His studies dealt with trying to trace the southern extent of the terminal moraine formed by the ice-sheets. He died in Manchester, England in 1888 before the manuscript containing his studies could be completed. The work was edited and published by a colleague, Henry W. Crosskey.

Geikie, James; Structural and Field Geology for Students of Pure and Applied Science. 1905