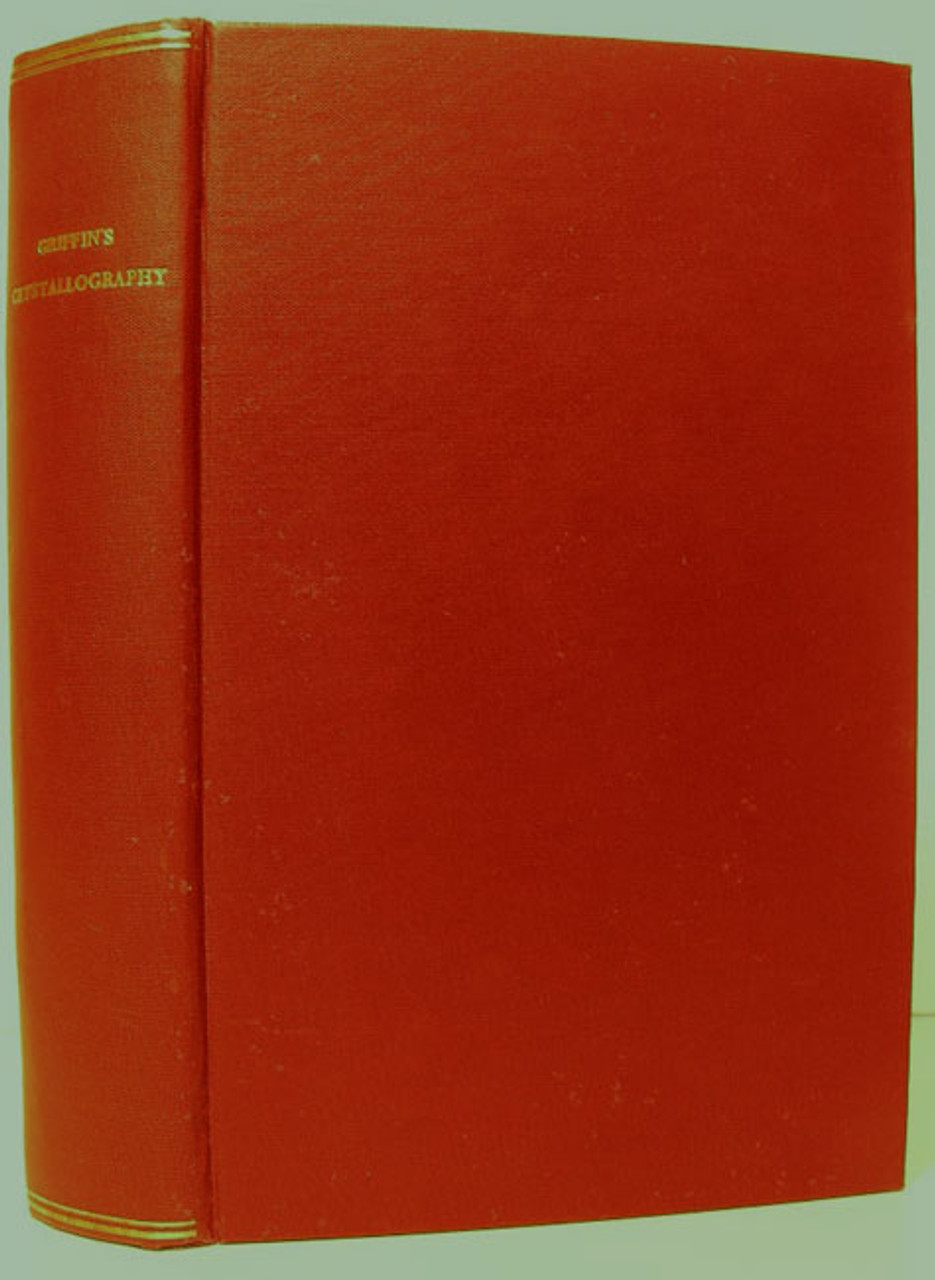 The work is complete and in a later cloth with gilt titles. The binding is tight and clean, text is very clean. From the library of the noted chemist Franz Sondheimer (1926-1981) with his book plate on paste down and biography with his photo on rear pastedown. In very good condition.

An English bookseller, chemist, crystallographer and publisher, Griffin (1802-1877) was born in 1802 in Shoreditch.. The family moved to Glasgow when he was young, and he studied at the Anderson Institution and received further education in chemistry in Paris and Heidelberg.

Griffin commenced business in Glasgow as a bookseller, publisher, and dealer in chemical apparatus and crystal models. In 1852 the bookseller - publisher partnership  with his brother was dissolved and he established what was to be a firm of chemical apparatus dealers (J. J. Griffin & Sons).Through a series of mergers the company was later to develop into the major apparatus supplier Griffin & George.

Griffin devised many new forms of chemical apparatus, including the common style of beaker which sometimes bears his name,[and did much in introducing scientific methods into commercial processes.