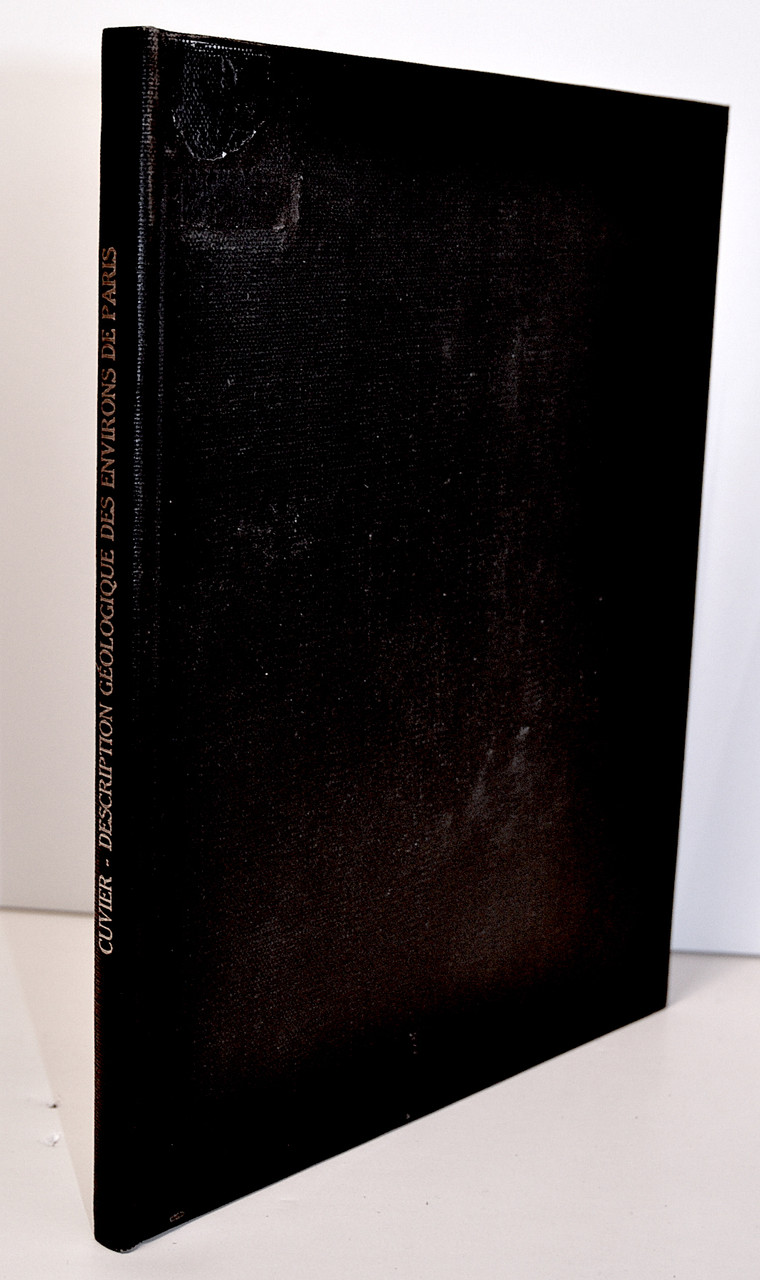 Product Description
Cuvier, Georges and Alexandre Brongniart; Description Géologique des Environs de Paris. Troisième Edition (atlas only). Paris, 1835. Small folio, pp. half title, title, large folded hand-colored geological map, folded plate of b/w profiles, and 16 additional plates of geological features and fossils (one being two hand colored maps on one sheet).
The atlas only to the third edition of this major work on stratigraphy and the earliest modern geological map of part of France. The atlas is in a black library cloth with gilt spine titles. Smudge from early catalog number on upper inner corner of front board. Else a very clean binding. Perforated stamp on lower outer corner of title page and discard date above number on verso of title page. The map and plates are exceptionally clean. In good condition.
Cuvier (1769-1832) a French paleontologist collaborated with the French geologist Brogniart (1770-1847) in performing a geological survey of the Paris Basin to determine the stratigraphy and age of the strata. The survey focused on the paleontology to determine the age of the fossils. The major importance of this work; originally published in 1822, was quickly recognized. The highest, and most recent strata that could be recognized over a wide area was the Chalk. Brongniart's work proved that above the Chalk was another complex series of stratified rocks, many of them formed by very slow deposition. This implied therefore that a far longer period of time must have elapsed since the end of the Chalk period. The strata also showed an alternation between marine and freshwater conditions, countering the earlier assumption that all the stratified rocks had been deposited in a gradually shrinking ocean. Also of major importance importance in Brongniart's stratigraphic survey was his use of fossils for the detailed correlation of strata. Brongniart's work demonstrated the value of precisely collected and identified fossils as criteria for tracing a detailed series of strata.