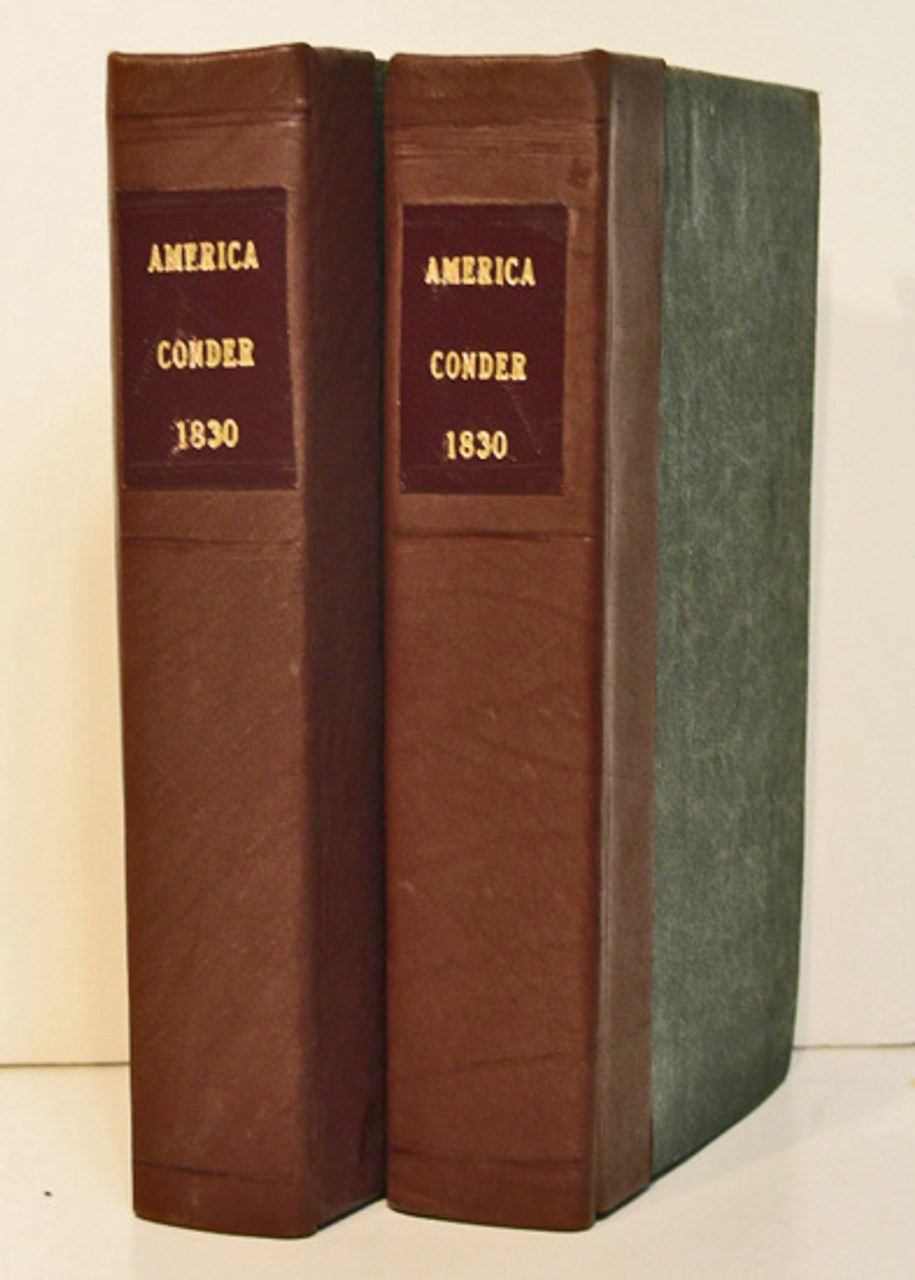 The two volumes are complete and in a later calf over cloth boards with gilt spine labels. Bindings are tight and clean, texts ,amps and plates are clean with very minor foxing. In very good condition.

Conder wrote thirty volumes in this set which covered most countries. Two volumes covered the United States and Canada and are offered here. The author describes the population, customs, government, Native peoples, history of both countries, the geography and topography.