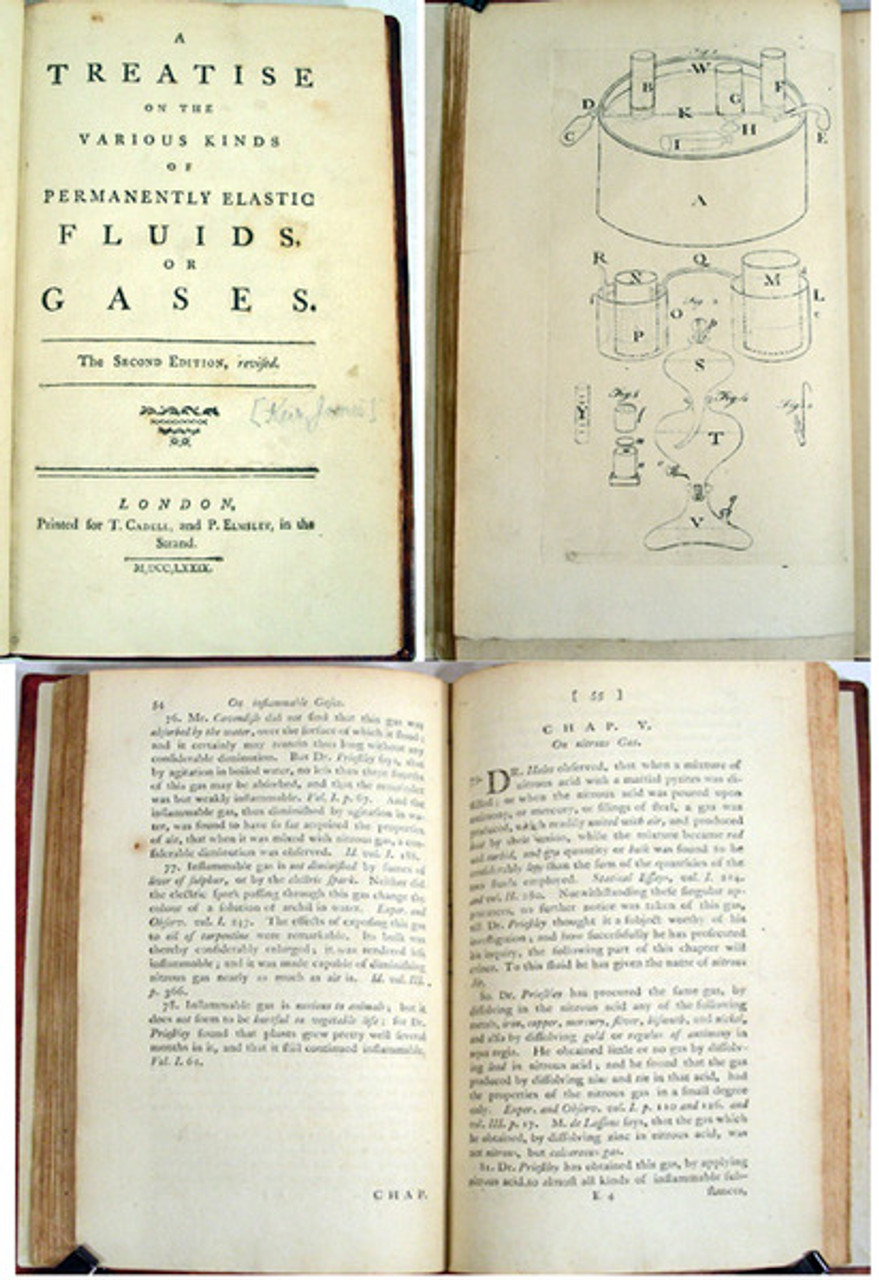 The work is complete and in a modern tooled calf with gilt spine panels and titles. The binding is tight and pristine, very minor foxing to some text pages, armorial book plate of Thomas Harrison on paste down with his signature and 1792 date on end sheet. Later owners book plate below armorial plate. In very good condition.

Kier (1735-1820) was a Scottish chemist, geologist and industrialist. Much of his career was devoted to geology, mineralogy and chemistry. During his life he formed close friendships with Matthew Boulton, James Watt and Joseph Priestley. Kier discovered the distinction between carbon dioxide gas and atmospheric air. In 1779 he invented and took out a patent for an alloy of copper, zinc, and iron which could be forged hot or cold. Kier was to write on the mineralogy of Staffordshire. Kier's career was to span the development of the Industrial Age in England and he played a part in that development. The 1st edition of his "Treatise" was issued as an appendix to the second edition of 'A Dictionary of Chemistry' by Pierre Joseph Macquer, London, 1777. The 2nd revised and expanded edition was printed in London in 1779.