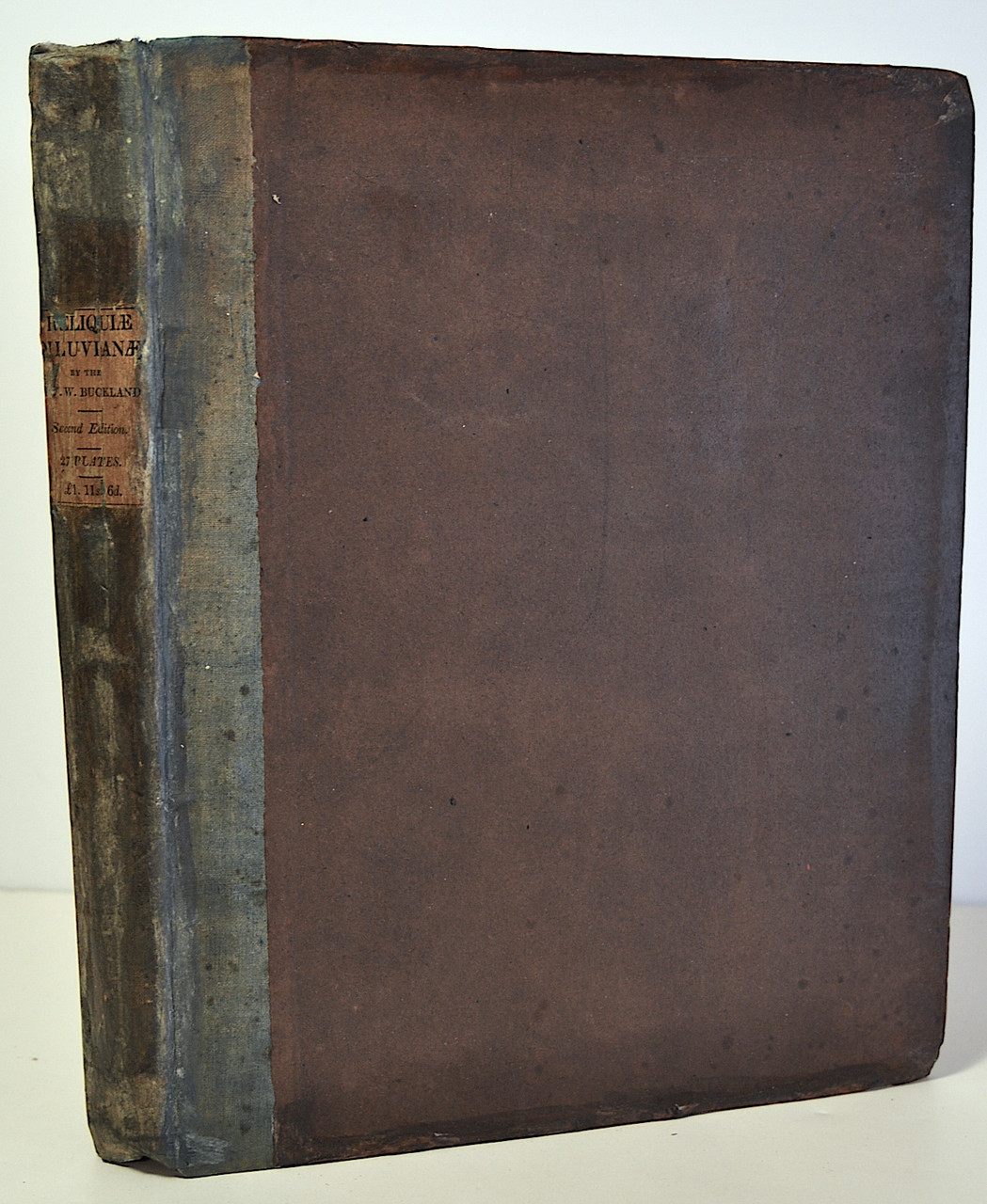 Buckland, William; Reliquiae Diluvianae; or, observations on the organic remains contained in caves, fissures and diluvial gravel, and on other geological phenomena, attesting the action of an universal deluge. London John Murray. 2nd edition, 1824. Quarto, pp. vii, errata on verso of vii, 303. With  1 folding table, 27 engraved plates and maps at rear, 3 in colour, 1 folding.

The work is complete and in the original brown binder’s boards with the original paper spine title label. The binding has been nicely restored and is tight and clean. The text and plates are untrimmed and clean and bright. Original owner’s name (William MacLeary prominent paleobotanist) name penned on title page with stamp of Australian Linnean Society present. MacLeary was founder and early President of the society. In very good condition.


William Buckland (1784-1856) was  English scientist, ordained minister (but never practiced) and Professor of Geology at Oxford University. He was known for trying to reconcile religion with the new discoveries being made in geology and paleontology, especially Mary Anning’s fossil discoveries. His discoveries in the geological sciences gave Oxford an international standing in the sciences. He was responsible for the first description in1824 of a recognized dinosaur fossil, although the term dinosaur did not exist at the time. He published “Notice on the Megalosaurus or Great Lizard of Stonesfield”. Buckland also announced - reassured by Cuvier that it was correct - the first fossil mammal from the Age of Reptiles. Conventional wisdom of the time said mammals came only after the great reptiles.
Two of his major works were "Reliquiae Diluvianae” which first published in 1823, and "Geology And Mineralogy Considered With Reference To Natural Theology” which was first published in London in1836. Buckland will also be remembered as the best British geologist of his time to build a careful local stratigraphy of a region based on known fossil evidence. Buckland is also responsible for the world's first description of a recognized dinosaur fossil, although the term "dinosaur" didn't exist at the time. In 1824, Buckland published "Notice on the Megalosaurus or Great Fossil Lizard of Stonesfield".
Within "Reliquiae Diluvianae” Buckland describes the surrounding strata and geology of Kirkdale Cave and its fossils. His work proving that Kirkdale Cave had been a prehistoric hyena den, for which he was awarded the Copley Medal, was praised as an example of how scientific analysis could reconstruct events from the distant past and to reconstruct ancient ecosystems. However he then went on to describe the site as an example of a habitat that existed immediately before the biblical flood in an attempt to reconcile the fossils with religion. The work is still considered one of his major contributions to the geological sciences.