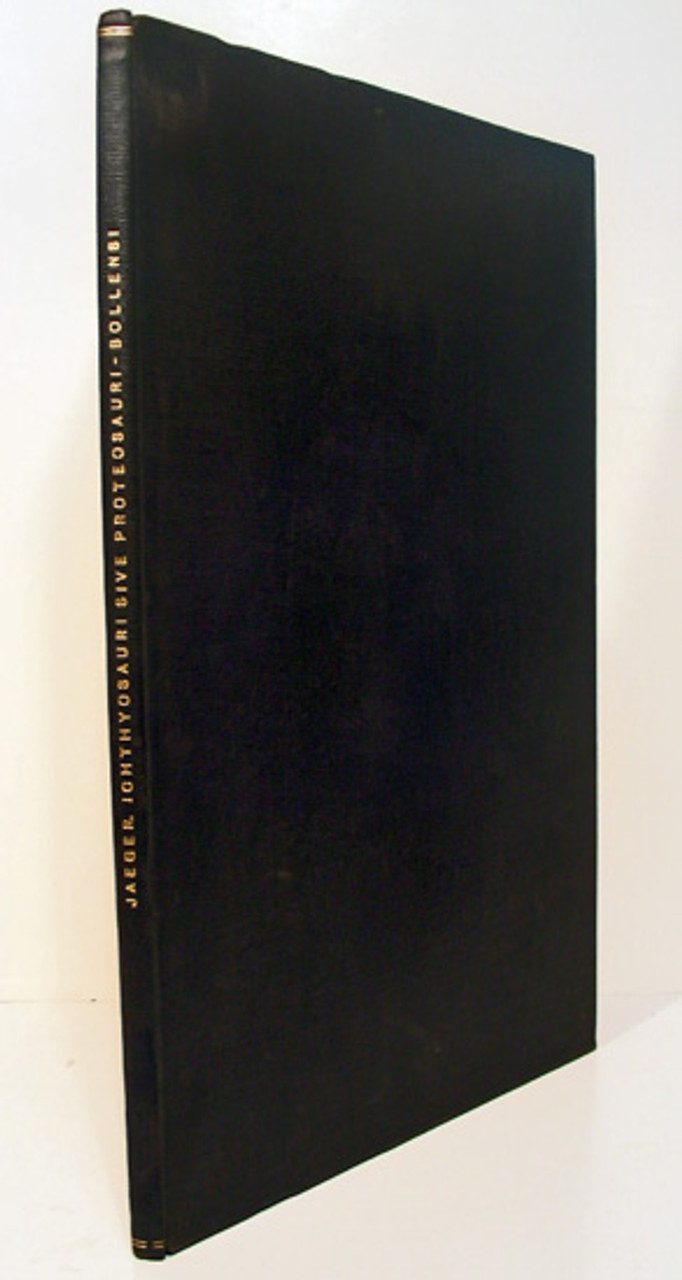 Jaeger (1785-1866) was a German naturalist and museologist with the State Naturalienkabinett in Stuttgart. He made some of the earliest studies of ichthyosaurs and other fossil marine reptiles. While the remains of ichthyosaurs had been found as early as 1699 and as early as the 1700s in the Liassic shales of the Wurttemberg region; they were not studied carefully and named ichthyosaur until 1814. In the above work; which is one of the earliest scientific descriptions of ichthyosaurs, Jaeger describes the Jurassic Ichthyosaurs collected in the Bollensi region of Wurtenberg. These specimens eventually found their way to the Stuttgart Museum.