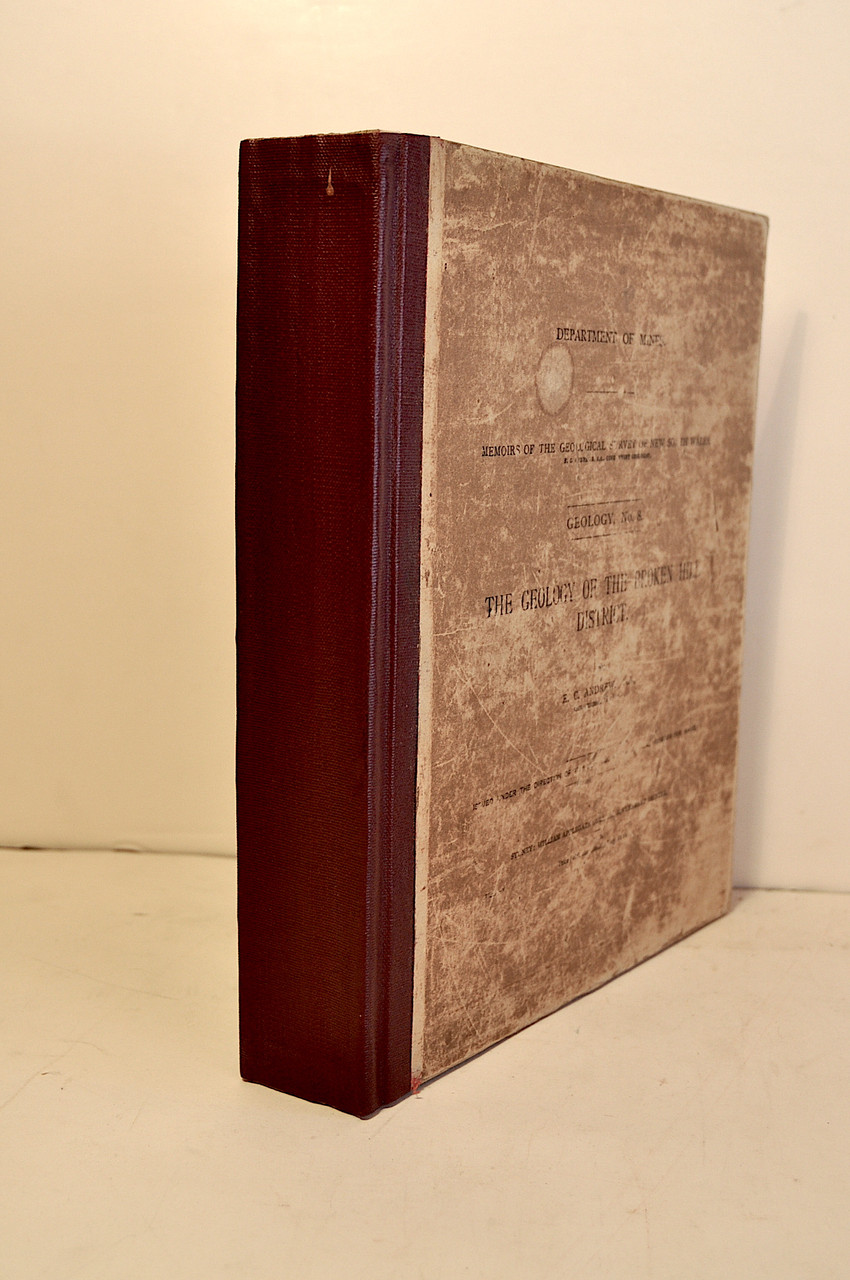 The text is complete and in the original stiff tan/with black titles covered boards with a later cloth spine. Covers are scuffed and worn, binding is tight. text is clean and bright with minor wear to edges. In very good condition.
Ernest Clayton Andrews (1870-1948), was a prominent Australian geologist and botanist.  At 16 he entered the Teachers' College, Sydney, and graduated from the University of Sydney (B.A., 1894) with honours in mathematics. He then taught for four years at Bathurst, where he developed an interest in natural history.  While at the University of Sydney he had been greatly influenced by the Welsh geologist Sir Edgeworth David (1858-1934) and in 1898 presented his first geological paper, on an area near Bathurst, to the Sydney meeting of the Australasian Association for the Advancement of Science. Chosen by David, he spent June to December in Fiji and Tonga collecting coral reef material and data for Professor Agassiz of the Harvard University Museum of Comparative Zoology. This experience opened up avenues of further geological research. He attended university classes in geology and chemistry and in July 1899 joined the Geological Survey Branch of the New South Wales Department of Mines. In 1901  he examined the Queensland coast and Barrier Reef. In 1902-03 and again in 1904 he visited New Zealand and studied glacial processes. His studies and publications brought him to the attention of the American geologist  G. K. Gilbert, who invited Andrews to the United States in 1908, where he examined the Californian Sierras and made the first ascent of Mt Darwin. Upon his return to Australia, Andrews made detailed examinations of the Forbes-Parkes, Cobar, Canbelego and other mining fields in 1909 to 1912. His further studies were devoted to mining regions in Australia including Broken Hill. On 1 March 1920 he was appointed government geologist of New South Wales. This eventually led to his epic study of Broken Hill and publication of what was to be his most important work, "Geology of the Broken Hill District" in 1922.  The massive work contains ten chapters covering the geology, stratigraphy, genesis of the ore deposits and their mineralogy, the history of the mining district, its present mining and future prospects. The work contains illustrations, diagrams & maps, diagrams of the mine layout, photos of locations, photos of minerals etc. Andrews also provides an analyses of the rocks and minerals, and a review of the mineralogy of the Broken Hill District. The work finishes with a comprehensive index.