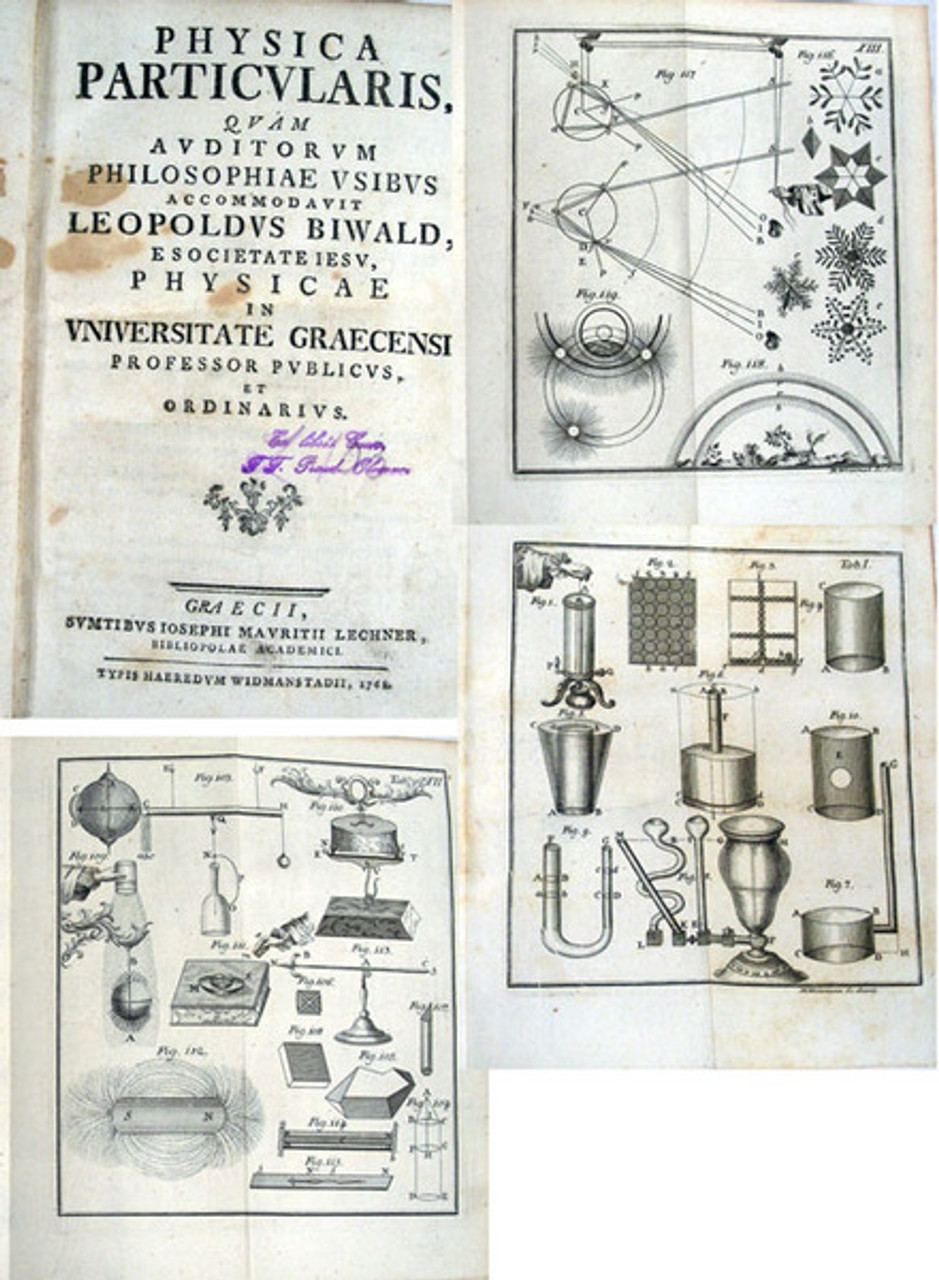 The work is complete and in a contemporary full calf with gilt titles. The binding is tight with light scuffing to the boards.Owners book plate on paste down and early signature on end sheet with small European library stamp on title. The text and plates are exceptionally clean. In very good condition.

Gottlieb Leopold Biwald (1731-1805) was an Austrian Jesuit and noted professor of physics at the University of Graz. His bust, made in 1807 by Johann Martin Fischer, is now displayed in the man reading room at the University Library in Graz.?He was a supporter of Isaac Newton’s theory and in 1766 published a textbook of physics "Physica generalis et particularis" which deals with mechanics and celestrial mechanics. This text was followed in 1768 by his “Physica Particularis” which deals with diverse topics in physics including optics. Both works were well received at universities throughout the Hapsburg Monarchy in Austria-Hungary as well as in other parts of Europe. From 1779 on the two text books were by imperial decree to be used in all universities and high schools of the monarchy and were to go through several editions.