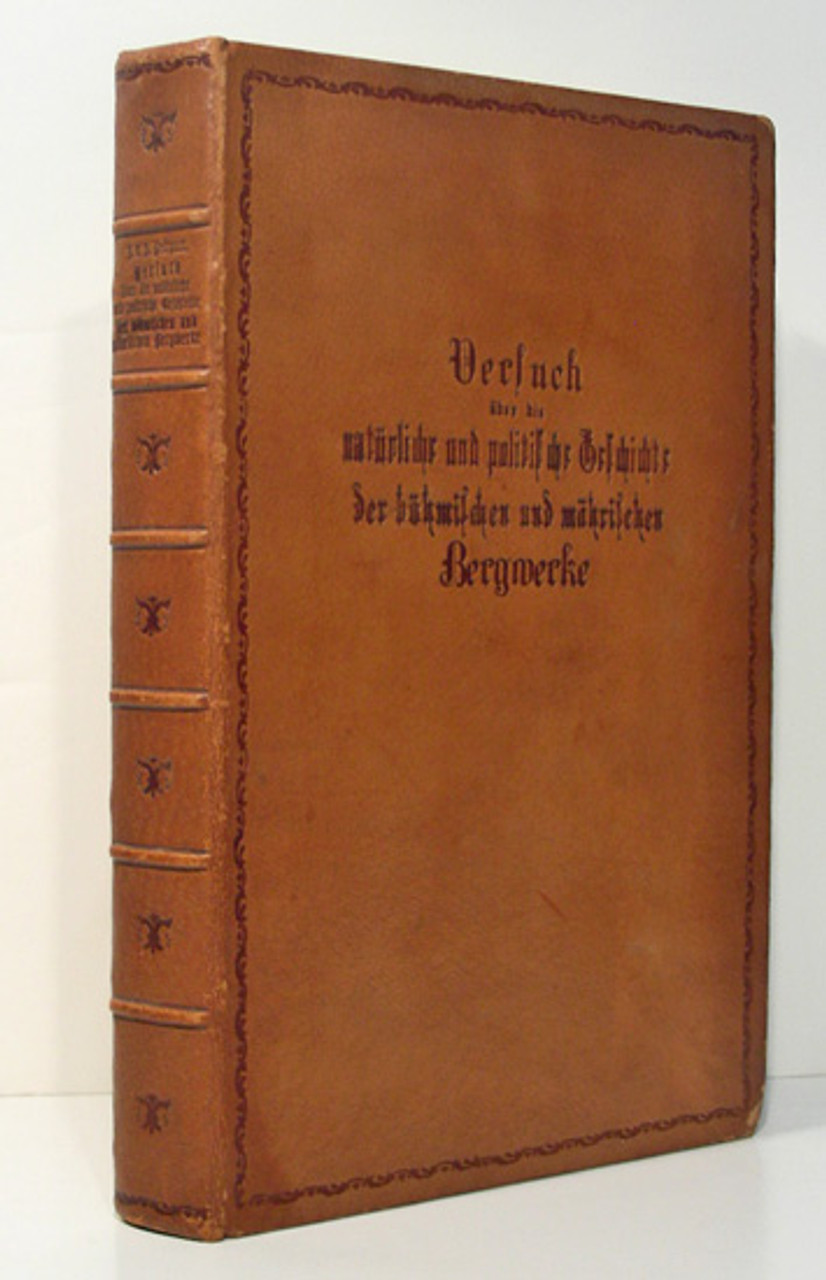 This rare work is complete and in an 8th century full calf with copper colored cover titles within a ruled border and copper colored spine titles and panels. Bumping to corners of binding, the binding is tight and clean, text is exceptionally clean and crisp. In very good condition with text near fine.

Johann Thaddaus Anton Peithners (1727-1792) studied law and science at the University of Prague and in 1762 submitted his recommendations on the creation of a mining academy in Bohemia to educate mining engineers and geologists to work in the rich mines of Bohemia. As a result of his recommendations in 1770 a Department of Metallurgy and Mining Academy was established at Charles University and he began a series of lectures for 27 students. The Academy soon became the center of teaching in the monarchy and Perithner assumed the Chair of Mining Engineering in 1772. In 1776 he was awarded an Imperial Privy Councilor but one year later gave up teaching and assumed the title of Refendariat for Coin and Mining Engineering at the Court Chamber in Vienna and eventually was appointed the Supreme mine official in Austria-Hungary.
He was to author several works in mineralogy and mining. His main work was his 1780 “Versuch über die natürliche und Politische Geschichte und der böhmischen mährischen Bergwerke” or “ Essay on the Natural and Political History of the Bohemian and Moravian Mines” in which he provides a topographical description of the region and one of the earlier descriptions of the minerals, mineral resources, mines and mining laws of  Bohemia and Moravia. The work is quite rare and this particular copy is in exceptional condition.