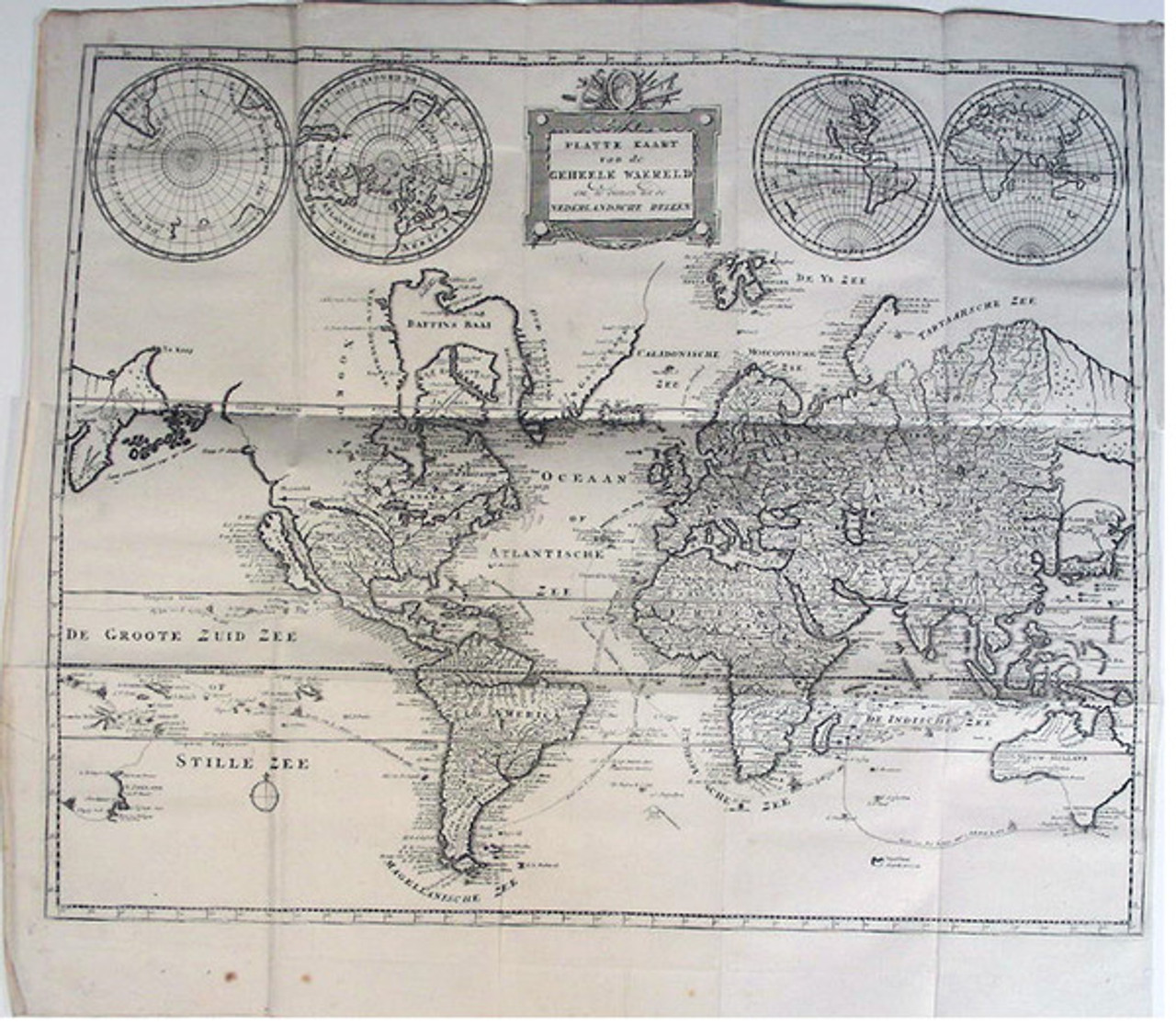 The map is very clean and bight with wide margins on three sides and a narrow margin on the right side. Over all in very good condition.

The map is a folded, b/w printed version of Pierre Mortier’s "Carte Generale du monde" of 1700.
Relief is pictoraally shown, rivers are shown oceans, seas and countries are labeled.  California shown as an island with indented northern coast and place names. Alaska is shown as a group of islands just off the Asian coast of Kamchatka. The Great Lakes are complete. To the west of the Great Lakes is the Moingona River which begins in the northwest with two large lakes. ?The map includes the beginning of Australia and New Zealand's coastline. Japan is shown attached to T Land van Yedzo. The routes of many early explorers are traced. Exploration routes with their respective discoveries are indicated by tiny ships.
Includes four inset maps at top: north and south pole projections, and the western and eastern hemispheres. The north polar projection and western hemisphere maps again show California as an island.
Title cartouche at top center is a frame with a decorative portrait and flag arrangement above.
The map a derivative of Mortier's map dated 1700.