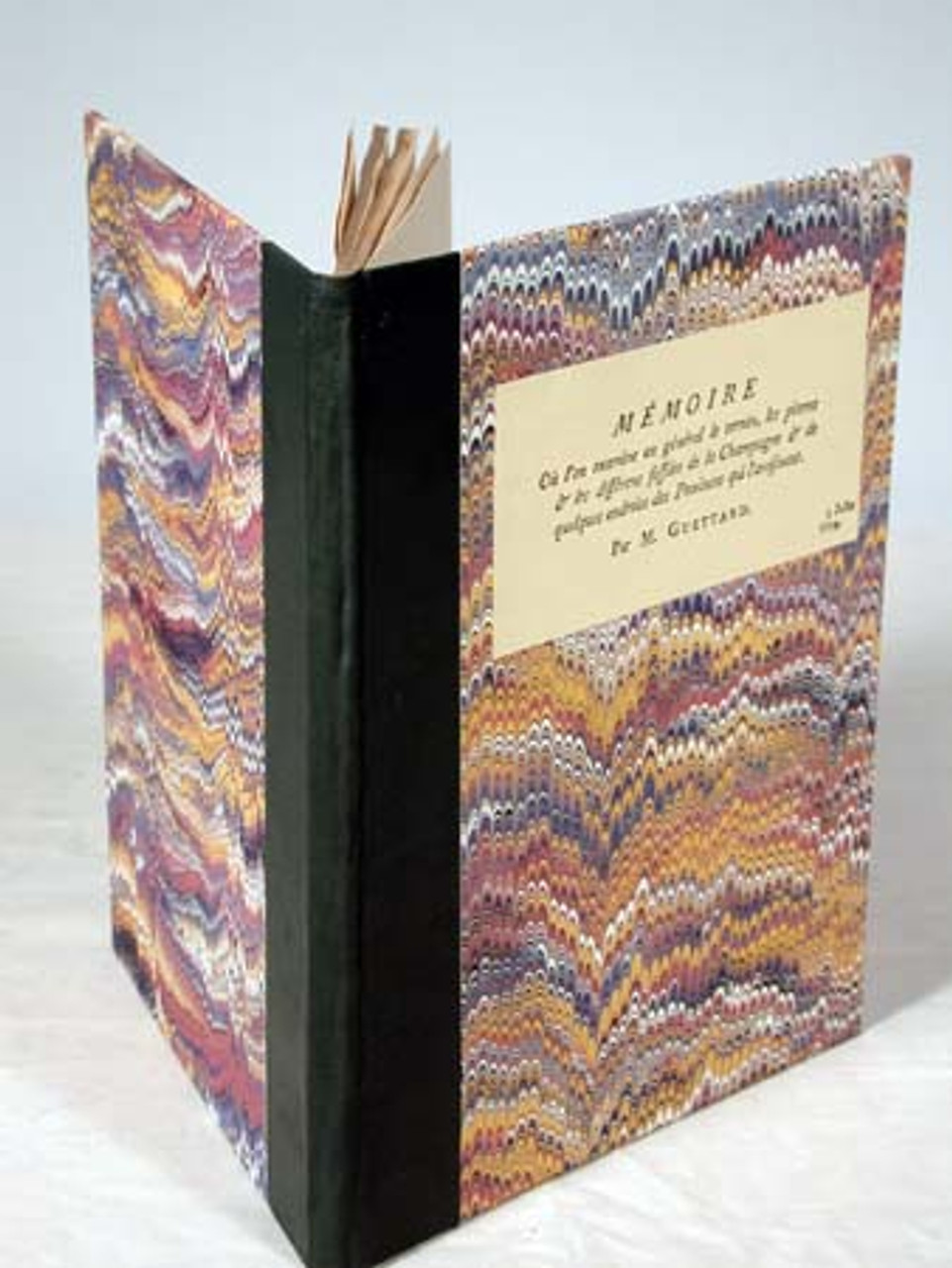 A prominent French naturalist, mineralogist and geologist; Guettard (1715-1786) was born in the town of Etampes just south of Paris. Modern geology owes Guettard a debt of gratitude for his development of techniques in observing, describing and accumulating facts regarding rocks and minerals in the field. These techniques were to lead to the construction of the first two geological maps. Guettard studied the rocks and traced their distribution across Europe. His training as a naturalist also enabled him to recognize and describe the organisms he found in the rocks. He thus also became one of the founders of paleontology. Guettard recognized the distribution of rocks minerals and fossils in regular bands with distinct characterisitcs and that enabled him to project these bands into unknown terrain. Guettard's above study contains the first geological map of the region of Champagne.

Rare Geology Book: Warren, Erasmus; Geologia: or, a Discourse Concerning the Earth before the Deluge. 1690