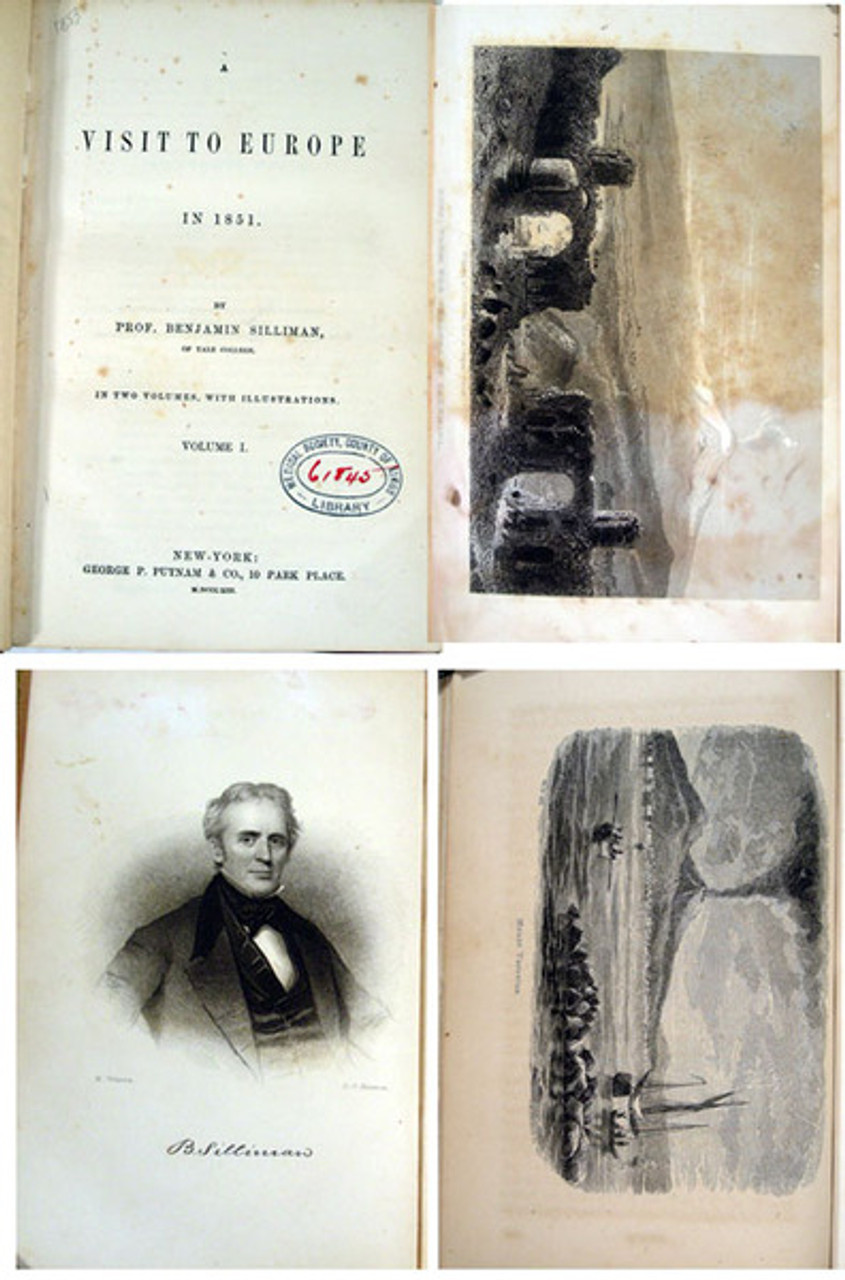 The set is complete and in a contemporary half calf over marbled boards with gilt titles. The bindings are tight and clean, the text is lightly toned with European library book plate on paste downs, and stamp of the late Dr. William Schroeder on end sheets. In very good condition.

Silliman (1779-1864) was an American geologist, chemist and mineralogist. He was a graduate of Yale and then traveled abroad and then returned to teach at Yale where he became First Professor of chemistry and mineralogy. He was noted as a teacher, as a popular lecturer on scientific subjects, and as a founder and editor (1818–46) of the American Journal of Science and Arts. He was the first president of the Association of American Geologists, which became (1848) the American Association for the Advancement of Science, and a founding member of the National Academy of Sciences, and he helped to establish the medical school at Yale. at Yale University and was probably the most prominent and influential scientist in America during this time. While at Yale he was asked to travel to Europe to buy books for that institution. During his travels he kept a dairy of his observations, and prominent individuals of science and institutions visited. He includes many details on the various mining regions visited, the volcanoes of Italy, the geology of various countries and mountains as well as the noted museums, libraries and private collections.