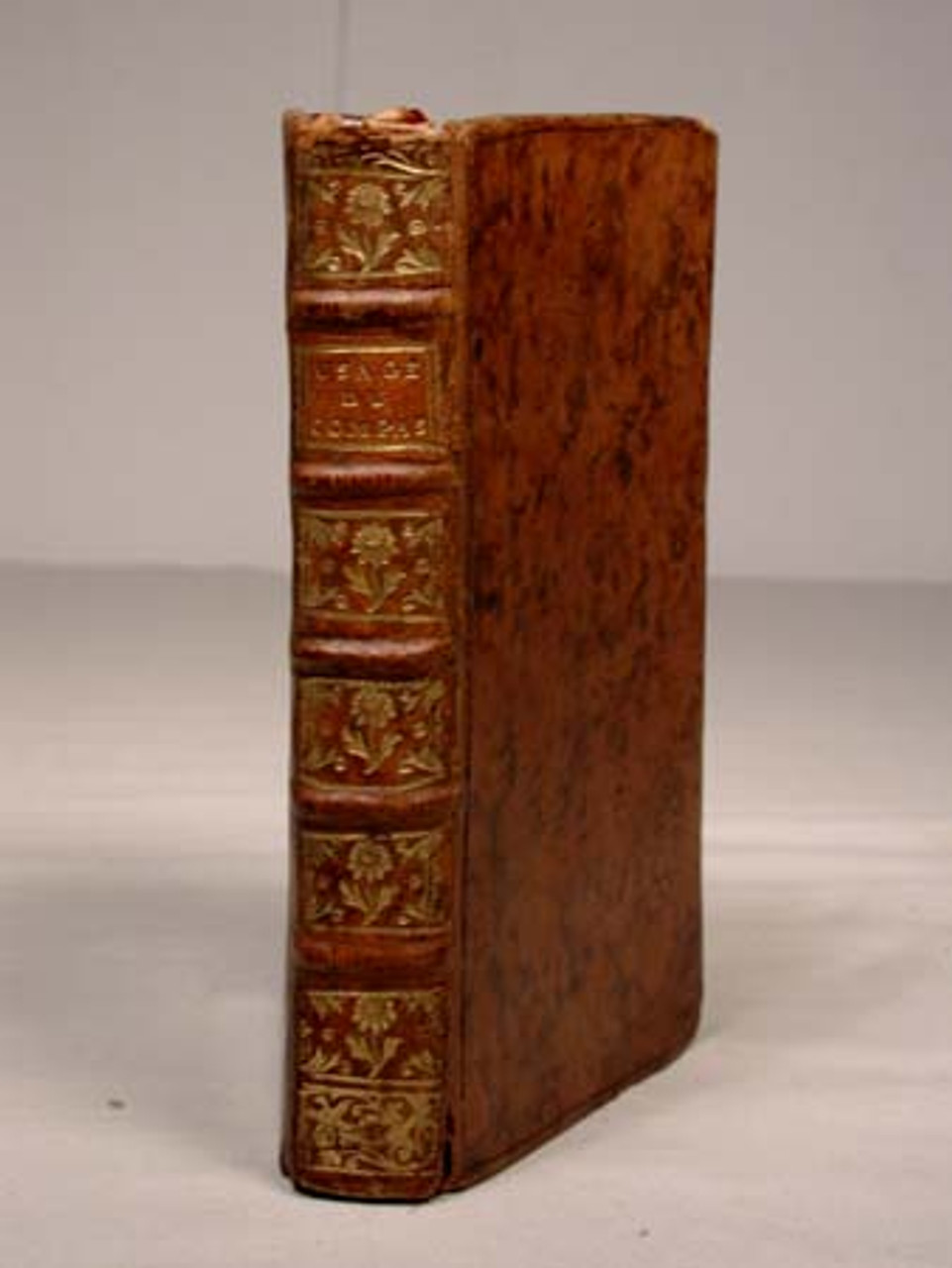 The text is complete and in a contemporary tree calf, six gilt spine panels, gilt titles, rubbing to boards and edges, owners book-plate on paste down, light damp stain to 40 pages at rear, not effecting plates which are very clean and bright. A very good copy.

A French mathematician, Jacques Ozanam was born in 1640 in Bouligneux, Bresse, France to a wealthy family and died in 1717 in Paris, France. Although his education was directed by his parents towards the study of theology and becoming a Catholic priest, Jacques developed a liking for other topics, particularly science and mathematics. At the age of abot fifteen he produced his first substantial piece of mathematics. With his father's untimely death all thoughts of the priesthood were abandoned and he pursued mathematics and mechanics becoming a well known and generous teacher in Paris. He wrote many works on mathematics, for example: Méthode générale pour tracer les cadrans (1673), La géométrie pratique du sr Boulenger (1684), Traité de la construction des équations pour la solution des problèmes indéterminez (1687), Traité des lieux géométriques (1687), Traité des lignes du premier genre (1687), De l'usage du compas de proportion (1688). He applied mathematics very successfully to the use of the compass and sundials and published his methodology in the above offered text. First published in 1688, his book quickly became one of the most successful books on the proportional compass, in use for over a century and last reprinted in 1794.