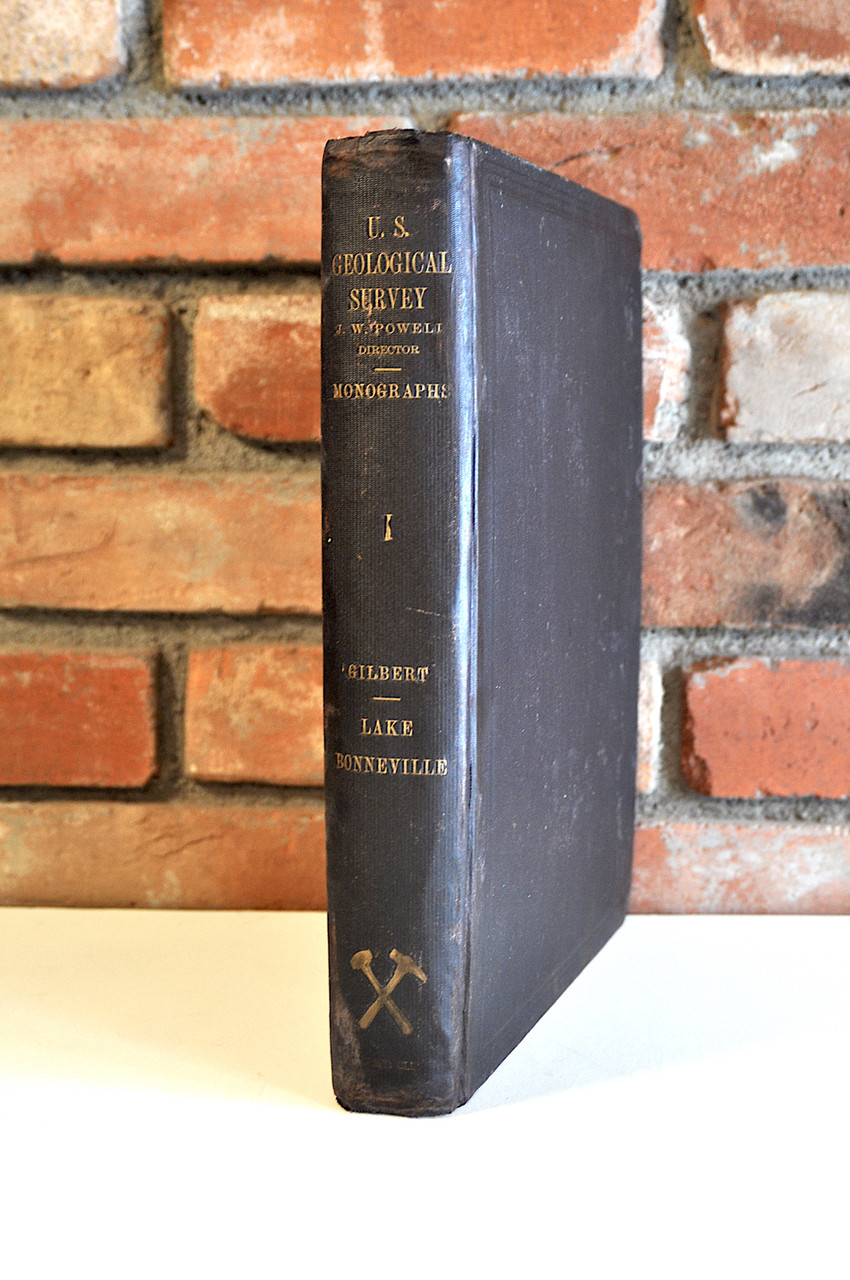 Product Description
Gilbert, Grove Karl; Lake Bonneville. USGS Monograph 1, Gov. Printing Office, Washington DC, 1890. Large quarto, pp., xx, 438, double page frontispiece,  51 plates, large folded map in rear, 51 figures.
The work is complete and in the original brown cloth with gilt spine titles. Binding is tight, covers lightly soiled in spots, text and plates are very clean, map has been professionally rebacked and is tipped in at rear. In very good condition.
Grove Karl Gilbert (1843 – 1918) was a major figure in American geology. Gilbert was born in Rochester, NY and graduated from the University of Rochester. In 1871, he joined Wheeler's geographical survey of America west of the 100th meridian as its first geologist. He then joined the Powell survey of the Rocky Mountain Region in 1874, becoming Powell's primary assistant, and stayed with the survey until 1879. During this time he published one of his most important monographs, "The Geology of the Henry Mountains and then joined the newly formed USGS with Powell as its Director.  It was in these years with Powell that Gilbert wrote his monumental work on Lake Bonneville. Unlike his Henry Mountains research his Lake Bonneville report was based on many seasons of field work, first with the Wheeler Survey, then the Powell Survey, and finally the U.S. Geological Survey. Gilbert surveyed the entire lake area focusing on the ancient shorelines and alluvial cones. He determined that Lake Bonneville was formed after the alluvial cones formed and after much of the faulting and volcanism. Faulting, volcanism, and deposition of alluvial cones were renewed during and after the formation of the lake. Gilbert’s two major contributions to structural geology include recognition of repeated displacements on faults along the Wasatch Front and doming of the lake basin as a result of isostatic rise due to unloading of the crust as the lake desiccated. Both  of Gilbert’s structural contributions have been confirmed by modern surveys.